.Most Interesting Party in the World.

Dos Equis, yes the beer, has been traveling around the world throwing parties with a fabulous front man! A co worker of mine and myself had the honor to be present at such a night with host Andrew W.K. A friend told me that Austin is a tough place to play because the populace is "jaded" from all the live music, really I just think they don't know why they are where they are. I didn't talk to one person, in line or inside, who even had a clue as to who Andrew W.K. even was. I have a feeling this happens often, these people just go to shows because that's the scene, that's what you are "supposed" to do in the "live music capital of the world". Either way, it worked out in our favor as we were easily capable of securing a front row spot.. right in front of the stairs. Let's just say, I got a hug from Andrew himself and it was well worth going! 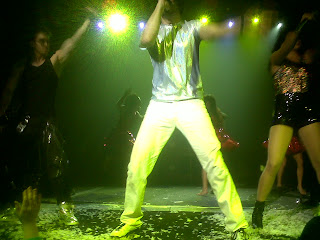 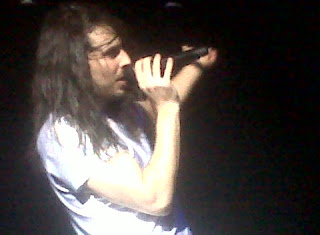 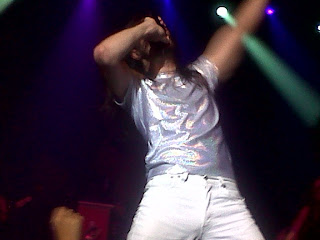