.Where did September go?!. 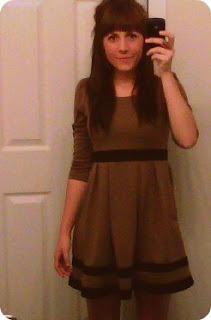 I absolutely cannot believe it is already almost the middle of October! School is half way done and it has been going really well! I couldn't be happier with test scores and whatnot (thus far!). I hope I can keep my momentum for the last half.
I have had a few life hiccups recently...including, but not limited to my old apartment complex sending me to collections for an amount they tried to double rent! Long story short...I moved out before my 30 days were up (due to my new apartments instant availability) and I was continuing to pay a pro-rated amount to my old complex. Turns out my landlord had sneakily moved in new tenants and was trying to double dip, most certainly illegal and I caught it! He totally bent over backwards to make it seem as if it was just a simple mistake, that I owed them nothing more and he was so sorry for his confusion. Then 30 days later he turns around and sends me AND my parents (who co-signed) to collections for a bogus amount! BIG NO NO! He is such a monster and a complete chauvinist. He would not respond to any of my threats or phone calls. I unfortunately had to to turn the situation over to my dad,which he got immediately rectified. I was so frustrated and upset that this man thought since I was a single, young gal he could completely pull one over on me! Hopefully he will never do this to any young girl every again! Such a butthole!
Here's hoping for a happy October! xoxoxoxo
Posted by Amber Joy at 9:50 PM